Ksenija Dumicic was appointed as the chair of the committee in 2021 and has been ISI Elected Member, contributing to IASS, IASE, representing Europe at ISI’s Committee on Women in Statistics (CW-ISI) Management Committee. She was Founding President of Croatian Statistical Association (CSA) (2015-2019); 2019- CSA Honorary President; and 2018- Founding Chair of the CSA Section on Women in Statistics.  Since 2019 she joined American Association of Univ. Women (AAUW) and Caucus on Women in Statistics (CWS). She is Fellow of Royal Statistical Society (RSS), American Statistical Association (ASA) and American Society for Quality (ASQ). She was Board member of European Courses in Advanced Statistics (ECAS) (2015-2019), Advisory Board member at Balkan Economic Forum (BEF), Jury Committee and Ambassador of Statistical Olympics for Croatia, and IPC member for Young Statisticians Meeting (YSM) for Croatia, Austria, Hungary, Italy and Slovenia. In 2015 she helped founding and has been Editor-in-Chief for “Croatian Review for Economic, Business and Social Statistics” and Chaired the International Statistical Conference in Croatia (ISCCRO), since it had been started in 2016. She attended 80 international conferences, seven World Statistics Congresses (WSC-ISI) among them. She published 12 chapters, four books and 180 scientific papers. She holds PhD in Social Sciences, Humanities and Theology from Univ. of Zagreb. In 2002 she completed Sampling Program for Survey Statisticians at the Institute for Social Research, Univ. of Michigan, Ann Arbor, USA, and in 2003 the TES at Univ. of Southampton, UK. Her current position is Full Professor at Department of Statistics, Univ. of Zagreb Faculty of Economics and Business and founding Head of Postgraduate Studies “Statistical Methods for Economic Analysis and Forecasting”, with research areas: survey sampling research, statistical education research, business statistics and SQC. She has been teaching statistical research methods up to doctoral level in Croatia, Slovenia and B&H. She is Sampling Consultant at EU projects, IPA and PHARE, Consultant at World Bank project “Statistical Master Plan for the Republic of Croatia”, Sampling Consultant for WHO and UNICEF project “MICS- Multi-indicator Survey in Croatia – Research into Parental Knowledge and Behaviour Concerning Children’s Health and Nutrition“; for UNHCR,  etc.

Amanda L. Golbeck is an Elected Member of the ISI, represents North America on the ISI’s Management Committee on Women, and serves on the ISI’s Management Committee on the History of Statistics. Golbeck’s current position is Professor of Biostatistics and Associate Dean for Academic Affairs in the Fay W. Boozman College of Public Health at the University of Arkansas for Medical Sciences. She is best known for her books, Equivalence: Elizabeth L. Scott at Berkeley, and Leadership and Women in Statistics (with I. Olkin and Y. Gel), both published by Chapman and Hall/CRC. She is a Fellow of the American Statistical Association (ASA), and a Fellow of the Royal Statistical Society (RSS). She was a recent Fulbright Specialist to the University of Latvia at Riga. She a member of the editorial board of Significance Magazine and a featured statistician for the 2018 Wiley Statistics Views column on “Why Choose Statistics” (http://www.statisticsviews.com/details/news/10961435/Amanda-Golbeck-on-why-choose-statistics.html). She is chair of the AMS-ASA-ISI-MAA-SIAM committee that oversees the Annual Survey of the Mathematical and Statistical Sciences in the U.S. She is chair of the ASA’s new History of Statistics Interest Group. Golbeck was selected in 2016 to receive an award that the committee of presidents of five major statistical societies (COPSS) gives to one statistician every two years. This is the Elizabeth L. Scott Award. Her citation read: “for her outstanding efforts in enhancing the status of women and minorities, fostering new leadership opportunities for women and men, promoting diversity at all levels, and advocating for a more inclusive, open and supportive atmosphere in statistical sciences.” Golbeck is the 13th statistician to have received this award.

Shili Lin – Representative from the Caucus on Women in Statistics

Dr. Shili Lin is Professor of Statistics at the Ohio State University. Her research interests lie in the development and application of statistical methods to genomic data from population and family samples. Shili Lin joined the statistics faculty in 1995. Prior to that, she was the Neyman Visiting Assistant Professor in the Department of Statistics at the University of California at Berkeley from 1993-1995. She is an active member of and serves the statistical profession in various capacities, including editorial service for various journals (e.g. current Associate Editor (AE) of Biometrics and former AE of the Journal of the American Statistical Association), severing as panel members in NIH Study Sections (e.g. former standing member of the Biostatistical Methods and Research Design Study Section and the Genomics, Computational Biology and Technology Study Section), and serving professional organizations such as the American Statistical Association (ASA), the International Biometrics Society (IBS), and the Joint Committee on Women in the Mathematical Sciences (JCW-Math). Shili Lin also served as the 2018 Caucus for Women in Statistics (CWS) as President. During her tenure as the President, she led the caucus in several directions to strengthen its impact on the profession. Most notable are her continuing effort to increase the national and international reputation of CWS as a premier organization advocating for women in statistics and data science; and her work, in coordination with ASA, on the Florence Nightingale Day to encourage middle and high school students to pursue educational and career opportunities in statistics and data science. Shili Lin is a Fellow of the ASA (elected in 2004), a Fellow of the American Association for the Advancement of Science (elected in 2009), and an elected member of the International Statistics Institute (elected in 2014). 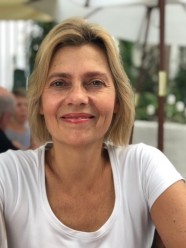 Diana Stukel is currently Director of Monitoring and Evaluation for the Control and Elimination Program for Neglected Tropical Diseases – a USAID-funded program spanning seven diseases in 11 West African countries – at FHI 360 in Washington, DC. Earlier in her eight-year tenure at FHI 360, she was Senior Scientist for the FANTA Project, and supported Survey Methods/Monitoring and Evaluation for USAID-funded Maternal and Child Health and Nutrition Programs in 13 developing countries spanning Africa, Asia and Latin America. Before joining FHI 360, she held the posts of Head of Methodology for the UNESCO Institute for Statistics in Montreal, and Interregional Advisor on Population and Housing Censuses for the United Nations Statistics Division in New York, for a collective seven years. Dr. Stukel began her career working for Statistics Canada, the Canadian Federal Government agency for official statistics in Ottawa, and at the end of her 11-year tenure was a Chief of Section within the Statistical Methodology Division. Dr. Stukel has worked on a broad spectrum of evaluations, household surveys and survey design/data collection initiatives in support of both developing and developed countries. Dr. Stukel holds a Master’s and PhD in Mathematics and Statistics from Carleton University.

Jiayang Sun is Professor, Chair, and Bernard Dunn Eminent Scholar at the Department of Statistics, George Mason University. Currently, she is also serving as the inaugurate ASA/ACM/AMS/IMS/MAA/SIAM Science & Technology Policy Fellow (STPF), working as the Big Data Senior Fellow for Big Data Analytics in the leadership team for PDI at the USDA ARS, Office of National Programs. Before she moved to the Washington DC area, she was Professor of  the Department of Population and Quantitative Health Sciences and the Director of the Center for Statistical Research, Computing and Collaboration (SR2c),  Case Western Reserve University. She received her Ph.D. in Statistics from Stanford. She is an elected Fellow of American Statistical Association (ASA), an elected Fellow of Institute of Mathematical Statistics (IMS), and an elected Member of International Statistical Institute (ISI). She also served as the 2016 President of Caucus for Women in Statistics (CWS), and has been on various committees in the ASA, IMS, CWS, ISI, and other national and international professional panels. She has published in top statistical and computational journals, including Annals of Statistics, Journal of American Statistical Association, Annals of Probability, Biometrika, Statistica Sinica, Biometrical Journal, Statistics in Medicine, JCGS and SIAM J Sci. & Stat. Comp, and other statistical and scientific journals. Her statistical research has included Simultaneous Confidence Regions and Multiple Testing, Selection Bias and Measurement Errors, Mixtures and Image Analysis, Machine Learning and Causal Inference, Semiparametric and Nonparametrics, Statistical Computing, Graphics, Data Analytics, Bioinformatics and Big Data. Her interdisciplinary work has ranged from astronomy, computer science, energy, and law, to research in cancer, environmental science, imaging, neuroscience, wound, and other medical sciences, now Agriculture. Her research has been supported by awards from the NSF, NIH, NSA, DOD, DOE, VA, and ASA.

Janet van Niekerk is a passionate South African woman aspiring to be a highly esteemed researcher in the field of Bayesian methods. She received her PhD from the University of Pretoria as the youngest PhD graduate since inception. She held the position of Lecturer/Senior Lecturer at the University of Pretoria since 2013. Currently, she is a Research Scientist at the King Abdullah University of Science and Technology (KAUST) in the research group of Prof. Haavard Rue. She has won various international awards and is a promising emerging academic. 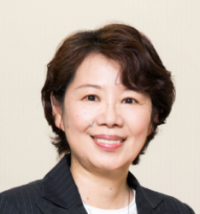 Michiko Watanabe  is an Elected Member of the ISI, represents Japan on the ISI’s Management Committee on Women in Statistics and serves as IASE country coordinator in Japan.  Michiko’s current position is Professor of Statistics and Data Science in the School of Health Management at the Keio University. She is best known for her TV course, Basic Statistics at Open University of Japan and her book, The EM Algorithm and Related Statistical Models: CRC Press Inc.  She received the Japan Statistical Society Award in 2012 and  The Prize of Science and Technology in Commendation for Science and Technology by the Minister of Education, Culture, Sports, Science and Technology in 2017.  She is a member of  the Science Council of Japan and an advisor of the National Statistics Center.